Reactive ion etching (RIE) is a plasma etching process that adds a charge to the part being etched which induces a directional component to the etching process. This directionality of the etch enables significantly smaller etch feature sizes which is commonly used on substrates in the semiconductor industry.

The RIE process is a plasma etching technique that uses a charge to add a directional component to the etching process. This RIE process produces a charge on the part. When this part is charged the etching component of the plasma holds an opposite charge resulting in directional collision of the etch component on the part. The resulting etch is directional enabling much smaller feature size. RIE also enables manufacturers to achieve a faster etch rate than normal etching methods. Since the energy of the ion bombardment onto the surface can be adjusted via electric fields, the etching selectivity can be efficiently controlled.

Deep Reactive Ion Etching (DRIE) is an etching process that was initially developed for etching microelectronic structures with high aspect ratio, e. g. deep trenches on a micrometre scale or even smaller. Nowadays it is also used for the creation of so-called through-silicon vias (TSVs), which is basically an electronic connection through a thin layer of silicon. The production of such structures requires a very anisotropic etching that can only be achieved by such well-directed etching techniques. 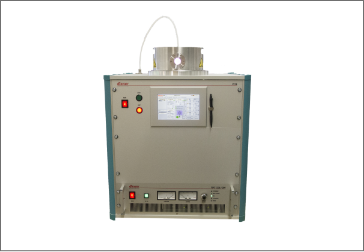 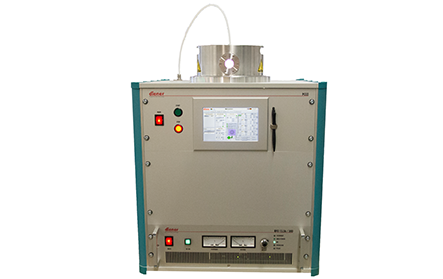 What is meant by reactive etching?


Reactive etching is an etching process, which does not rely on reactions with wet chemicals. It rather uses a reactive plasma to etch surfaces in a vacuum chamber. The etching particles also carry a charge, which allows to etching process to be very anisotropic. This is of great importance when it comes to etching small surface structures, which have to be very deep. Such structures are predominantly used in the semiconductor and microelectronics industry.

What is the difference between plasma etching and reactive ion etching (RIE)?

What is the difference between ICP-RIE and conventional RIE?

What is wet and dry etching?

Wet etching is the oldest form of etching. It involves very reactive chemicals, acids or bases and removes contaminants or parts of a surface via chemical etching. Although this etching technique offers very high etch rates, it involves a number of potentially harmful and toxic reactants and is not very controllable. Dry etching, on the other hand, is an etching process without the usage of any liquids. It can be done in an atmospheric or low pressure environment without using hazardous reactants. Since this type of etching is carried out by reactive radicals or ions, it can be very well controlled, for example by applying electric fields. This also enables very anisotropic etching, which can be useful when deep and narrow structures on the micro- or nanometre scale are required.

What is reactive ion etching (RIE) used for?


Reactive ion etching is a versatile tool that is very commonly used in microelectronics or semiconductor fabrication processes. The most commonly etched surface is, thus, silicon. However, RIE is also commonly used for etching oxides such as silicon oxide, indium-tin oxide or other oxides that are important in microfabrication and the semiconductor industry.

Why is RIE commonly used in semiconductor fabrication?


RIE offers the big advantage that the major part of the etching is done by highly energetic ions. Therefore, electric fields can be applied in order to direct those ions nearly perpendicular to the surface that has to be etched. This means that much more particles hit the sample perpendicular than at other angles. Hence, the accurate etching of deep narrow structures, such as micro trenches or through-silicon-vias is possible. Both of these particular structures are mainly used in microelectronics or semiconductor fabrication and they cannot be created through wet chemical means.

What is ion beam etching?


Ion beam etching is a kind of sub technology of RIE, which uses a high-energy beam of ions to remove contaminants or part of a surface. The ions are accelerated to very high energies before they hit the surface. Since ion beams can be nicely controlled with electric or magnetic fields, such a beam can be used like a printer. Thus, this is a very accurate technology that can also be used to create multi-layered structures.

What is electrochemical etching?


Electrochemical etching is a kind of wet chemical process in which an electrolyte is placed between an anode and a cathode. The sample, which has to be etched must be made of metal and is placed on the positively biased anode. Another piece of metal is connected to the cathode. The best results are obtained if both of these metal pieces are made from the same material because this supresses unwanted electrochemical processes. When an direct electrical current is switched on between the metal pieces, part of the surface of the metal piece on the anode is dissolved into the electrolyte and, thus, removed from the sample.

What is isotropic and anisotropic etching?


Isotropic etching occurs, for example, in wet chemical processes. It means that the etching process itself is the same in all directions. This might be useful in applications where not too small structures should be etched but it becomes increasingly useless when the structures that must be created are in the micrometre range or even smaller. For example, if deep narrow cavities have to be created, one needs an etching process that is dominantly only in one spatial directions (i. e. downwards in this example) and this is called anisotropic etching. Usually anisotropic etching utilizes plasma with a high density of charged particles, mostly ions. These ions can be very easily directed with electric fields. Thus, they can etch with excellent spatial selectivity and this is needed for a lot of applications in the field of semiconductors or microelectronics.