One line of text: 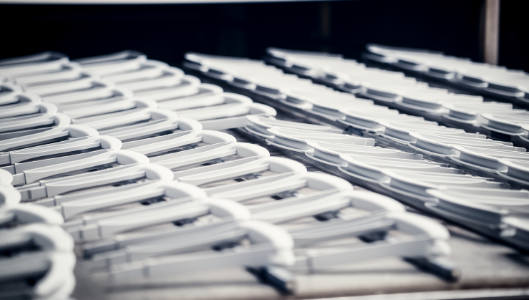 In most cases, the best solution is to replace that primer step with a plasma activation process.  When there is poor adhesion in the manufacturing process, many engineers mistakenly use a primer to solve the issue inefficiently.  Utilizing a plasma activation can eliminate the primer step and increase surface energy.  This will result in a better bond and a higher quality product.  A higher-quality product should always be the goal when creating a new product.

Plasma treatment can replace the primer step in manufacturing 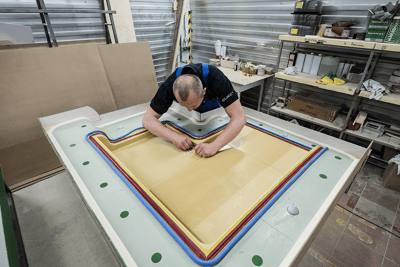 When implementing a plasma treatment instead of using a primer for excellent adhesion in plastics, a manufacturing step can usually be done faster.  Treating with plasma and eliminating a primer will also eliminate the cure time associated with using the primer.  Primers often have cure times where the primer needs to dry to be able to bond to it afterward.  Plasma activation does not have this cure time, and it is advantageous to bond the materials immediately after the treatment.

Manufacturing processes can also see a reduction in costs when using plasma treatment.  A plasma system can be implemented into a manufacturing line where the upkeep and material costs are very low.  The only consumable during the process is the process gas used during activation.  This is often just air pulled from the room or a bottle of industrial-grade oxygen, which the costs of obtaining are quite low.  Using a primer over and over with excess waste is often very costly.  Even if the startup costs of plasma are higher, as more products are being produced, each product's overall cost will drop significantly.

Plasma activation used as a tool in manufacturing is also a great benefit because it is environmentally friendly.  When a primer is an adhesion promoter, it can also create volatile organic compounds or VOCs.  These are very harmful to the environment and should be avoided whenever possible.  It is important in today's manufacturing to minimize the carbon footprint it leaves behind.  The move to more efficient greener technologies should be the goal of any manufacturing process.

How bonding plastics is enhanced by plasma activation 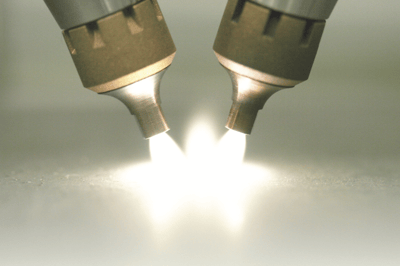 Most plastic bonding applications could benefit from a pre-bond plasma activation.  This will increase the bond strength when using such plastics as TPU (Thermoplastic Polyurethane), TPO (Thermoplastic Polyolefin), and glass-filled polypropylene.  These plastics are often activated using an oxygen plasma but will also see benefits from just using activation with atmospheric air plasma.  If oxygen or air isn't the correct chemistry to activate the surface, other process gases can be used.  Argon, Hydrogen, or even Helium are also possible gases that can be employed to create the desired effect.  There are many other examples of plastics that would benefit, but these are just a couple of specific examples.

Plasma activation also has the advantage of not having a typical shelf life.  If treatment on a surface has degraded and the bond immediately after was not possible, it can be repeated to obtain that activation again.  When using a primer, it does have a specific shelf life.  If all of that primer is not used, you have to throw it out.  This makes buying in bulk very difficult and results in higher pricing.  If there was a more significant purchase or a need to switch to a different primer, the excess is wasted, and money is lost.

Positive ROI from plasma activation versus primers for bonding plastics

Plasma activation can be a very effective replacement for primers in the manufacturing process by reducing costs and time while significantly improving adhesion to plastics.  During the manufacturing process, plasma activation can eliminate the need for a primer.  Plasma can also decrease the time needed to complete a product by removing the need for drying times.  Plasma systems operate as an environmentally friendly process, which is vital in today's movement to move to greener processes.

Using plasma activation is very common in plastic applications such as TPU, TPU, and glass-filled polypropylene.  These can be very simple, effective processes.  When replacing a primer application with a plasma activation, there is no longer a shelf life on the bond promotion because plasma can be used several times if needed.  This will eliminate waste in the manufacturing process, which in turn makes the product more profitable.  In conclusion, plasma activation is a better solution to creating a strong bond with excellent adhesion than using a primer in manufacturing.

To learn more about surface activation for better adhesion and its benefits in the manufacturing process, please read our article titled "Manufacturer’s Surface Activation Guide for Improved Adhesion."