A dielectric barrier discharge is a popular method among manufacturers for producing large volumes of plasma at atmospheric pressure without a resonating chamber or high density plasma discharge. Plasma is produced by two electrodes with a dielectric between these electrodes to limit the current flow in the plasma. This low density plasma can be described as Dielectric Barrier Discharge or DBD for short.

How does dielectric barrier discharge work? 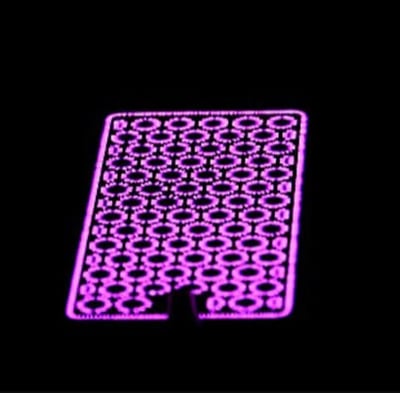 DBD configurations are generally characterized by the presence of an insulating material in the discharge path. Typically, dielectric materials such as glass, quartz, ceramics, enamel, mica, plastics, silicon rubber or teflon are used. DBD devices can be made in many configurations, typically planar, using parallel plates separated by a dielectric or cylindrical, using coaxial plates with a dielectric tube between them. In a common coaxial configuration, the dielectric is shaped in the same form as common fluorescent tubing and filled at atmospheric pressure with either a rare gas or rare gas-halide mix, with the glass walls acting as the dielectric barrier.

Because the electrodes used to generate the plasma can be made in any configuration -- including inside and outside of a tube or a large, flat, coplanar surface – DBDs are suitable for use in manufacturing processes where it is necessary to prevent contamination from other gases. Another attractive characteristic of DBD technology is that it enables material that comes in contact with the gas or the part to be activated to be used in both corrosive and non-corrosive manufacturing environments without the need of a vacuum.

How is dielectric barrier discharge used in manufacturing?

Applications include semiconductor manufacturing, germicidal processes, polymer surface treatment, high-power CO2 lasers typically used for welding and metal cutting, pollution control, plasma display panels, and aerodynamic flow control, to name a few. DBD’s are particularly popular for fabric treatments, where they are used to modify the surface properties of the textile to improve wettability, improve adhesion and the absorption of dyes, and for sterilization. DBD plasma provides a dry treatment that doesn't generate waste water or require drying of the fabric after treatment. The typical DBD process for textiles involves rolling the material onto and off of storage coils, treating the material as it is continuously moved through the DBD.

Some general applications of dielectric barrier discharge include:

Industrial applications of dielectric-barrier discharges have come a long way and, more recently, have substantially increased their market penetration. No doubt, this trend will continue.

Modern modeling and diagnostic tools have helped industry in general gain a better understanding of the fundamental processes that determine the discharge initiation and the resulting plasma chemical reactions. Miniaturization of electrode structures and discharge cells and the development of affordable, large throughput manufacturing technologies has resulted in an explosive growth of novel applications such as display device production. Dielectric barrier discharge has now become a readily-accepted option for manufacturing versus more typical atmospheric or low-pressure plasma systems.

If you would like to learn more about DBD and its suitability for your manufacturing process, contact the DBD experts here at Thierry to schedule a consultation. To learn about the benefits of plasma treatment in the manufacturing process, please read our article titled "Manufacturer’s Surface Activation Guide for Improved Adhesion." 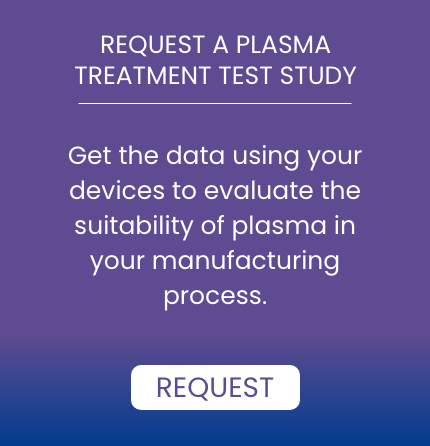